The Epson TM-U220 printer is a reliable workhorse and industry standard point of sale printer that is most often used to print orders at the bar or in the kitchen, although it can also be used to print customer receipts and control an APG standard cash drawer.

Unlike output from thermal printers, the paper and ink are resistant to grease and heat in the kitchen and remain readable even in tough kitchen environments.

One potential drawback is that compared to thermal-type printers, it takes longer to print and is louder.

Use compatible plain receipt paper rolls that are 3 inches wide and no more than 230 inches long. 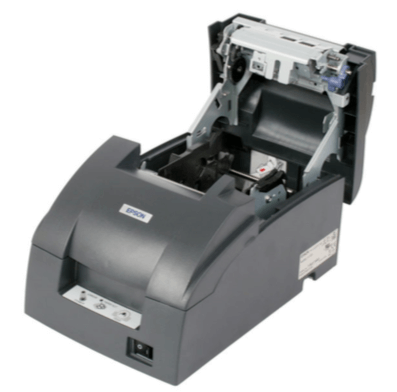 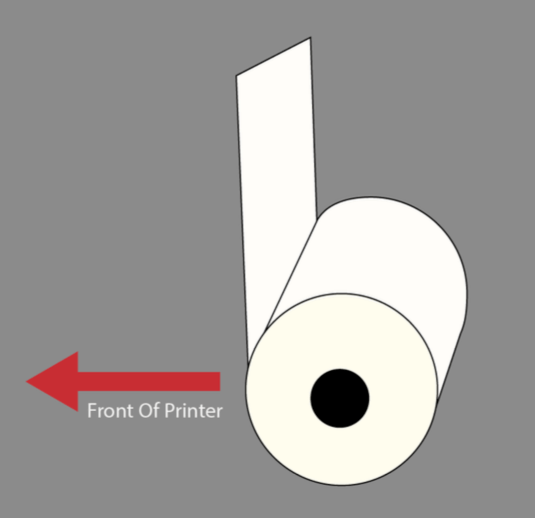 The ribbon cartridge is on a continuous loop, as it’s used the printing becomes lighter. When the output it too faded to see clearly, it’s time to replace the cartridge.

Use only approved Epson ERC 30/34/38 red and black ribbon cartridges.

Open the front cover of the TM-u220 printer and dispose of the spent cartridge. And replace with a new cartridge as shown in the diagram. 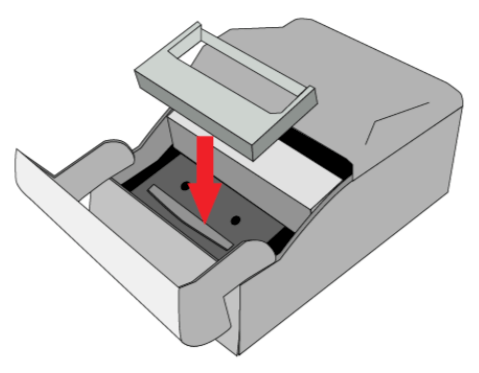 There are three LED indicator lights on the front of the printer.

ERROR — (Red) On when the printer cover is open, when the network is offline, and when the paper is out. Flashes when a printer error occurs.

PAPER OUT — (Yellow) On when the printer is nearly out of paper and when it’s out of paper.

There are two buttons on the Epson u220 POS kitchen printer.

There are three ports on the Epson TM-u220 sold with the Rezku POS system.

CASH DRAWER — Used to connect to an APG cash drawer and control the drawer-release. 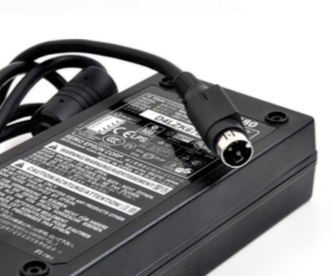 The Epson TM-u220 printer comes pre-configured by Rezku with the latest compatible firmware configuration and settings for quick “plug and play” setup.

A factory reset clears network settings and any advanced configuration on the printer.

To perform a factory reset:

The status sheet will tell you information about the printer including it’s network configuration and MAC address.

To print the status sheet:

The printer self-test can be used to help diagnose printing issues.

To print the Self Test:

NOTE: After printing the self-test, the red ERROR light will flash. The printer must be turned off and back on normally before it will function.

Rezku is a trademark of Guest Innovations, Inc. “Making Restaurants More” is a service mark of Guest Innovations, Inc. iPad, iPhone, and iPod Touch are the trademarks of Apple Inc., registered in the U.S. and other countries. App Store is a service mark of Apple, Inc. Android is a registered trademark of Google. Windows is a registered trademark of Microsoft. Other logos & trade names are the property of their respective owners. Use of Rezku POS and this website are subject to Terms of Use and Privacy Policy.

Tell us more about your restaurant

Get ready to talk to an experienced POS advisor.

We will take the time to answer your questions and give you a detailed demo.

Talk to an expert! Get your free consultation now.

Get the free online ordering report